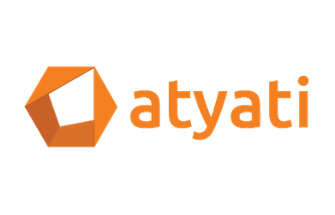 Atyati is a leading player in the agent-based banking space, catering primarily to semi-urban and rural areas that do not have access to traditional banking facilities. The system of branchless banking devised by Atyati enables financial inclusion, and extends the reach of city based financial, government, and non-government institutions to both existing and new clientele in small towns and villages. The deal was proactively sourced by the fund manager who was introduced to the company’s founders through personal contacts.

Atyati’s technology solution GANASEVA lowers transaction costs of delivering financial services to remote areas by approximately 70%. It is the only company in this segment that has created a comprehensive end-to-end mobility based multi-application platform. The fully automated platform enables and supports the flow of products and services to remote areas through a common infrastructure for data collection and information management. The platform currently serves 2.5 million customers in 6,500 villages.

Ventureast invested in Atyati through the Proactive Fund in August 2008, and worked closely with the company to approach and connect with new customers and to enter new markets. The company gained early traction with a number of banks, MFIs, and government agencies in addressing multiple needs of a range of stakeholders. The company was acquired by GENPACT.

Atyati is promoted by a team that developed Flexcube, one of the leading core banking products in the world. Its open approach to financial services includes banking services, but is not limited to it. It has signed a contract with a state government to distribute pension money worth several hundred crores to people in remote areas.