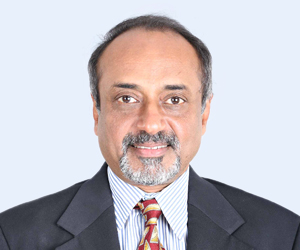 It’s been two years since we launched this informal Bangalore meet up called Entrepreneurs’ Adda that was focused on the entrepreneurs, the challenges that they face on their journey from initial validation, funding, managing to metrics, subsequent funding rounds, issues with scale on the customer acquisition, technology, operations, and team building.

The June edition of the Adda was no different. We had Rajiv Srivatsa, Co-founder of UrbanLadder over, to share his story. In my opinion, it was probably the best articulation of an entrepreneur's journey from inception to where they are today. Rajiv was very candid on all issues including the friction during the initial market validation, despite the idea meeting the basic attributes of being a fundable idea, ie. big market, big ticket size, open for disruption, great team! He stressed on the importance of cutting the ‘umbical cord’ which is key to an entrepreneur's "go for broke" attitude, and if this does not happen, you are your own worst enemy. Rajiv also talked about how additional inputs and mentoring from seasoned entrepreneurs like Vani Kola (Kalaari Capital) really helped them get over the hump and land their seed round.

Scaling while meeting customer expectations and at the same time keeping an eye on the spend, fine tuning operations and expanding a team is always a challenge, and Rajiv provided some candid insights which I’m sure benefited the audience. The other refreshing theme was how UrbanLadder was able to build itself into a strong brand by focusing completely on the customers’ needs and addressing their issues in a consistent and amicable manner. Quite often this critical aspect is forgotten, and once lost, is a very difficult thing to get back!

We in the investment community were very impressed with Rajiv's journey at UrbanLadder, and I can frankly say that the state of entrepreneurship in India is constantly maturing in terms of dealing with scale while constrained. The next generation of entrepreneurs are now truly on track to build a valuable business as opposed to looking at subsequent rounds and valuations.

In addition to Rajiv, we also showcased two very early-stage companies, "Ray Baby" led by an all-women entrepreneurial team focused on digital health in the space of non-invasive infant monitoring; and "Fractis" focused on real-time transaction analysis from a risk perspective for all online businesses. The founding team of this company are ex-TaxiForSure and ex-SnapDeal employees.

We believe such platforms allow entrepreneurs to stay in touch, inspire each other and open up multiple avenues for funding and mentorship. We thank all the 70+ participants who joined us last Saturday, and hope the community continues to support the Adda.