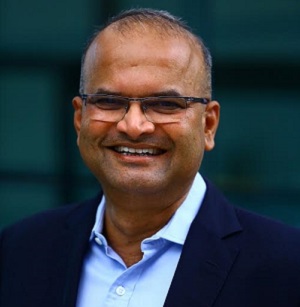 With border tensions reaching a new peak between India and China in the month of August, a shadow of uncertainty has been cast over the economic relations between the two giants. In addition to being India’s largest trading partner (5% of total exports ($17B), 14% of total imports ($68B)), Chinese tech companies and fund managers over the past five years have been a significant investor in Indian startups and emerging businesses. Given the current climate, a question that begs to be answered is what impact would a retraction in Chinese funding have on the Indian venture capital ecosystem. To answer this question, the nature and extent of Chinese investment needs to be scrutinized.

Over the past 6 years since China commenced investing in India, an estimated $4B in Chinese money has been pumped into Indian companies. This represents only about 3% to 3.5% of the total Indian private equity and venture capital investments ($118B)[1]made during the same time frame. While this proportion is not insignificant, it is modest at best. Given this figure, it can be deduced that the retraction of Chinese funding will have quite a moderate impact on the Indian Venture Capital ecosystem,which is predicted to be felt in the immediate and near future. In the longer term (5 to 10 years), according to experts, solutions will be sought out to reestablish a normal working environment in terms of trade and investment.

Identifying the areas where impact will be felt the most

While the overall effect might be limited, we get a more comprehensive perspective on the impact by looking closer at the sectors and stages in which investments have primarily been made.The sectors that Chinese investments have been focused on are ecommerce, fintech, transport and consumer services (food & grocery) - $3.1B of their total $4B funding (74%) was focused on these sectors. However, even within these sectors, the proportion of Chinese investment ranges between 8-10% of the total amount of investment in these years and does not go into the double digits.

Will the be an impact on exits via acquisitions?

Given Chinese venture investment in India is still in its nascent stages, examples of exits via Chinese funds and companies are rare.  The major exception is Gland Pharma, which was acquired by Chinese firm Fosun Pharma in 2017 for $1.09B.

While this may be good news to most,there are companies in which large stakes have been bought by Chinese companies. The Indian Government is looking to put barriers against investments from bordering countries (including China). These barriers would come in the form of restrictions on equity holdings between 10-25% and more severe restrictions on equity holdings beyond 25%. The companies that fall into these categories will bear the brunt of any retractions in cash inflow.

There is an argument to be made that investments in the first bucket (30%) were made with the presumed intention of eventually acquiring these businesses. However,in the near term, regulatory scrutiny will mean this process will certainly come to a halt. The other 70% percent of investments comprising of smaller holdings will remain relatively unaffected with respect to acquisitions.

For those who are still skeptical about the vacuum the absence of Chinese investment might leave behind, a small trip down memory lane should be of some comfort. Tiger Global  and Softbank made sizeable investments in India over the past decade, of $2.5B and $10B respectively. When compared to Chinese investments, their investments were more influential given they invested in early stage businesses and backed them along their growth journey. Tiger Global notably was absent for a 3 year long period from 2016 to 2018. During their absence, other investors duly filled the gap ensuring it didn’t have a shattering effect on the Indian private equity/venture capital ecosystem, portraying its adaptive and dynamic nature. We believe the impact of lack of Chinese investment over the short to medium term,quite similarly, would be minimal.